The Ministry of Oil announced on 18th August that the Iraqi Oil Tankers Company (IOTC) had concluded a contract with Norway's Batservice Mandal [Båtservice Mandal AS] to build two oil tankers.

According to Mr Jiyad, the company has no experience in building ships of this sort, and filed for bankruptcy last year.

The full text of Mr Jiyad's statement (in Arabic) can be read below: 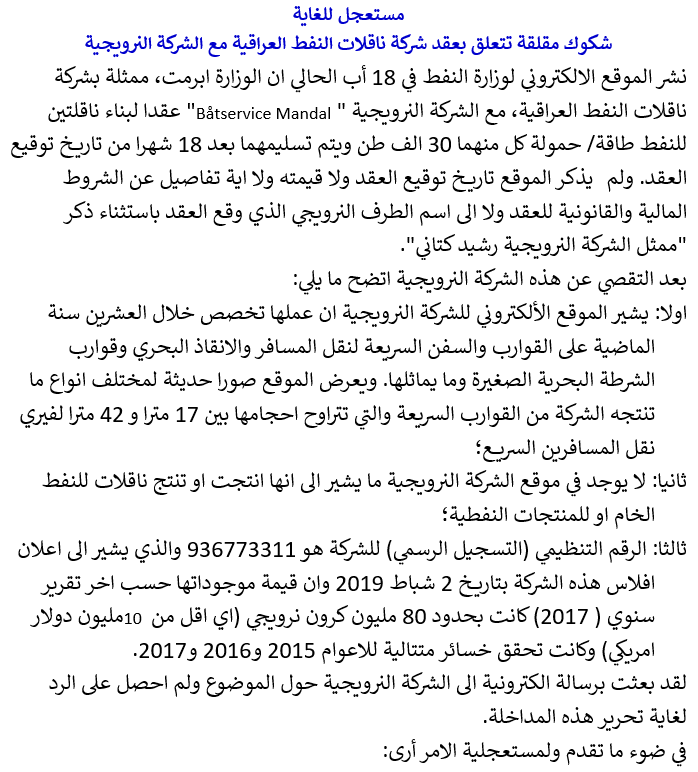 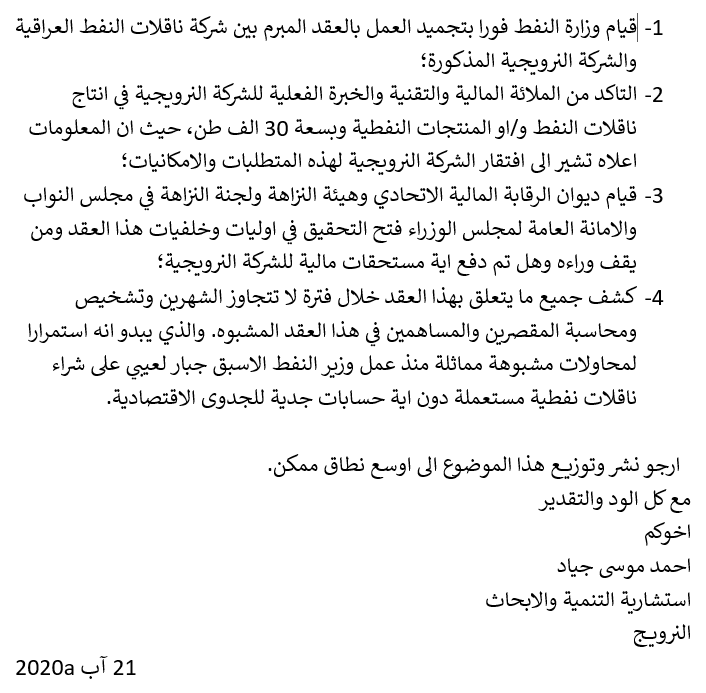 Oil Minister Ahsan Abdul-Jabbar Ismail said that this contract comes within the framework of the ministry's plans to rebuild the national fleet of oil tankers, which he said have been damaged by futile wars over the past decades.

The General Director of the Iraqi Oil Tanker Company, Ahmed Khazal, said that the two oil tankers will have a capacity of 30,000 tons each, and be delivered 18 months after the date of signing the contract.