After a two-year absence, IBBC is back at the Mansion House hosting its Iraq conference on Tuesday May 24th focusing on finance, energy and sustaining economic growth in Iraq.

The country stands at another pivotal moment with a new government still in formation, record high oil and gas prices and a world supply crisis, in recovery mode after the pandemic and a strong desire to diversify the economy, grow the private sector and improve employment prospects, particularly for the young, a possible Iranian / US nuclear settlement, issues over water supply and food production, diversifying into renewable energy  and still much work to be done on repairing and renewing infrastructure, but progress being made on improving governance and hugely enhanced government revenue to provide business opportunities across all the sectors.

International interest in investing in Iraq remains strong with the Chinese (Rumaila) and French (Total) Governments being particularly aggressive and most recently a wish expressed by the Saudi Government to join them.

From the UK side Louis Taylor, Chief Executive of UKEF, UK Ambassador Mark Bryson- Richardson, BP President Iraq Zaid Elyaseri, and Richard Wilkins from JP Morgan will address the audience with latest developments and opportunities and Professor Frank Gunter will present his latest views on the political economy.

Principal panel subjects include developing the banking sector, project finance, energy transition and how to boost short term production, education and skills, insurance, in addition to an online Tech panel addressing the benefits of crypto currency.

For companies interested in Iraq, this is a prime opportunity to hear what some of the most important players, both government and private sector are saying and thinking, and an excellent place for networking with potential partners and customers from both national and international organisations.

For further information and to register - please follow the link below:

A reminder to overseas attendees, to arrange for visas to UK within the next few days as is relevant for your country. 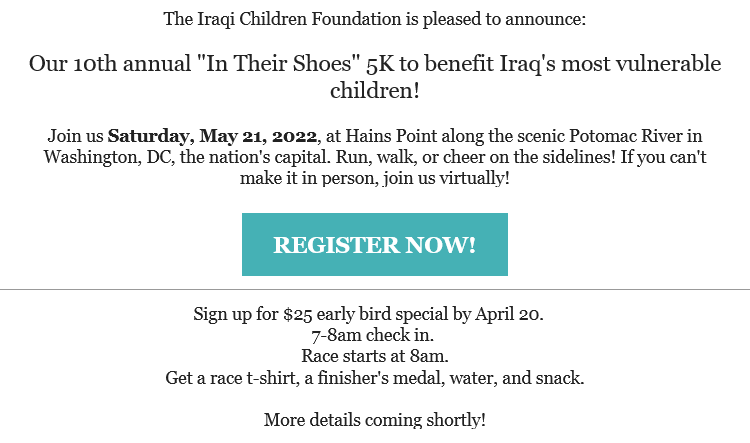 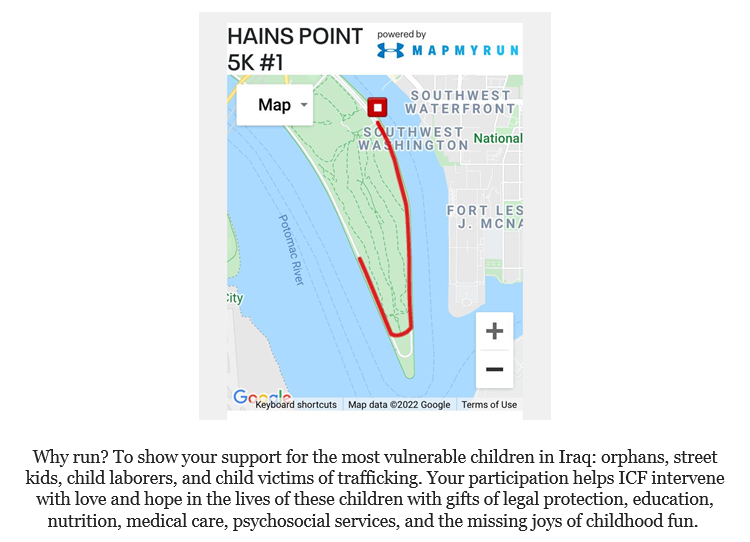 The post ICF's "In Their Shoes" 5K is BACK! first appeared on Iraq Business News.

The order, placed by the North Refineries Company (NRC), envisages design, engineering, manufacturing and supply of electric motor driven Recycle Gas Centrifugal compressor and will be executed by BHEL's International Operations Division along with its manufacturing units at Hyderabad and Bhopal.

The new compressor will replace the existing compressor, also supplied by BHEL in the year 2000, which was damaged due to the war in Iraq.

(Picture: a compressor previously installed by BHEL in Iraq)

By Salam Zidane for Al Monitor. Any opinions expressed here are those of the author(s) and do not necessarily reflect the views of Iraq Business News.

Russian invasion of Ukraine has sharp impact on Iraq's economy

Russia's invasion of Ukraine has caused shortages of food in Iraq and forced the government to pay more in gasoline subsidies, but the high price of crude oil plus sanctions on Russia has opened new opportunities for Iraq.

Baroness Nicholson and Christophe Michels led a 30-strong delegation of IBBC Members to Riyadh to meet with Members of the Saudi Iraqi Business Council.

Mr Mohammed Al Khorayef, Chairman of SIBC presided over a 3 hour seminar at which 10 different IBBC member companies presented and discussed challenges and opportunities in doing business in Iraq. Mr AlKhorayef and Baroness Nicholson gave opening addresses on behalf of their respective organisations and attendees also heard short presentations from the Saudi Foreign Investment Authority and the Export Finance Authority.

The seminar was followed by an extensive networking Lunch.

The Saudi Minister of Commerce hosted members of both councils for dinner at the Ritz Carlton Hotel. The dinner was attended by the Governor of the Saudi Investment Authority, the Chairman of the Saudi Chambers of Commerce and other senior Saudi officials.

Both sides voted this first meeting a huge success which allowed for ample business to business meetings and the exchange of valuable experiences and information. Baroness Nicholson highlighted the important role IBBC can play in a triangular relationship between Iraq, Saudi Arabia and Britain. Christophe Michels emphasised the depth and knowledge of IBBC and its members, having worked in Iraq since 2009 if not longer and the willingness of IBBC Members to do business with their Saudi Companies in Iraq, but also in Saudi Arabia.

The meeting concluded with an invitation to SIBC members to attend the IBBC Spring Conference at The Mansion House in London on 24th May.

Christophe Michels stated that this was a first historic visit to Saudi Arabia for IBBC and that he was confident that IBBC and SIBC will build on it to further strong cooperation between their members in Iraq, Saudi Arabia and the United Kingdom. He added that today in Iraq business to business relationships really mattered and would lead to substantial measurable outcomes.

On Saturday 26th March, our hosts organised visits to Riyadh Fort, now fully refurbished to its original state, the site now designated as the place where the modern Saudi state began in 1902 and to the Saudi National Museum, which records in fabulous settings, the geology, the history of the country over centuries, and the large diversity of cultures across the country.

On the evening of Sunday 27th March, the Trade Bank of Iraq in Saudi CEO Habib Bitar kindly hosted a dinner for the IBBC delegates who were able to exchange ideas with senior bank officials and other distinguished Saudi guests. The UK's Court of Appeal has reportedly overturned the conviction of Paul Bond, who was jailed last year in relation to the Unaoil bribery scandal in Iraq.

Mr Bond (69), a former senior sales manager at SBM Offshore (SBM), had been sentenced to three and a half years in prison on two counts of conspiracy to give corrupt payments to Iraqi public officials to secure lucrative oil contracts in post-occupation Iraq.

According to Bond's legal team, key evidence was withheld from the defence during the trial.

In December, Ziad Akle, Unaoil's territory manager for Iraq, has had his conviction for bribery quashed.

The Minister of Oil, Ihsan Abdul-Jabbar Ismail, has said that Iraq is committed to reducing carbon emissions through implementing a number of gas investment projects and developing gas fields, as well as projects to produce solar energy.

At a conference in Iraq under the title "Pathways for a lower carbon future for Iraq", GE presented an integrated roadmap to support the energy transition sector in Iraq by focusing on specific areas, which include:

The conference included a presentation of a short film entitled "Renewable Energy - Our Way to Protect the Environment", prepared by the Media Office of the Ministry of Oil, and another film prepared by General Electric Company about the company and the energy transition.

The conference was attended by a number of Advisers to the Prime Minister, Directors General of the Ministry of Oil affiliates, and a number of specialists and experts in the field of clean energy.

Iraq has ranked 107th out of 146 countries in the latest World Happiness Report, a small improvement on its ranking of 111th last year.

The report, produced by the Sustainable Development Solutions Network (SDSN), uses global survey data to report on how people evaluate their own lives around the world.

"Data considered in the World Happiness Report offers a snapshot of how people around the world evaluate their own happiness and some of the latest insights from the science of well-being.

"This information is incredibly powerful for understanding the human condition and how to help people, communities, and countries work toward happier lives."

The full report can be downloaded here.

By Layal Shakir, for Rudaw. Any opinions expressed are those of the author(s), and do not necessarily reflect the views of Iraq Business News.

The Central Bank of Iraq (CBI) on Wednesday suggested halting business operations and financial dealings with Russia following America's far-reaching sanctions as the Russian invasion of Ukraine continues for the seventh day.

Russia's Shvabe Holding has transferred the first batches of infrared heaters and multi-functional inhalation anesthesia devices to distributors in Iraq.

The equipment will be used at medical facilities in Baghdad.

The Radiant Heat-BONO heater is used as the primary or additional source of heat for newborns during their resuscitation or super-intensive phototherapy to be performed in perinatal centers, obstetric institutions or research institutes.

The MAIA-01 system is intended for inhalation anesthesia of adults or children over one year during surgeries or artificial lung ventilation.

Shvabe Holding is part of the state-owned Rosteс State Corporation.