Genel Energy has announced that the Taq Taq partners have received a gross payment of $10.10 million from the Kurdistan Regional Government for oil sales during October 2017. 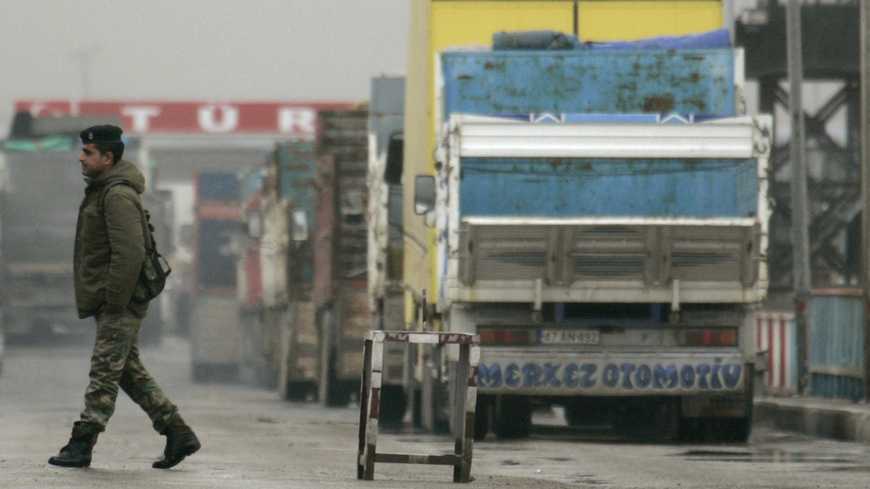 By Mahmut Bozarslan for Al Monitor. Any opinions expressed are those of the author, and do not necessarily reflect the views of Iraq Business News.

Ankara had two basic expectations about the partnership. First, Turkish officials believed that a new pipeline would be built to carry oil from Kirkuk, Iraq, to Turkey’s Ceyhan oil terminal, replacing a damaged line and bypassing the KRG. And second, as an alternative to the border crossing from Habur, Turkey, into Iraq — which provides lucrative income to the KRG — a new border crossing to Iraq would open at Ovacik in Turkey.

Ankara calculated that a crossing at Ovacik, at the junction of Iraqi-Syrian-Turkish borders, would:

But the Ovacik project has been shelved and an alternative pipeline plan — involving Iran — has emerged, marginalizing the proposed new pipeline to move oil from Kirkuk to Ceyhan.

For three years, the KRG sold oil from the Kirkuk-Ceyhan pipeline. But the central government in Baghdad took over the Kirkuk oil fields after the Kurds threatened in September to seek independence.

On Oct. 16, Baghdad implied that the Kirkuk oil would be sent out via Turkey as in the past. The pipeline had been used irregularly during the battle against the Islamic State (IS), and Baghdad cut off the flow completely after the September independence referendum. Turkey expected the flow to resume — but it hasn’t.

Iraq Business News is proud to announce that our Expert Blogger Ahmed Mousa Jiyad has just contributed to a major new book on the regulation of the upstream oil and gas industry.

The second edition of Upstream Law and Regulation: A Global Guide, published by Globe Law and Business, summarises the upstream regulation and the key concerns in over 30 important and emerging oil and gas jurisdictions.

Globe Law and Business offers IBN readers a 20% discount off the normal price. Please enter the code “IBNGLB” on the website checkout page to receive the discount.

This fully updated new edition of the practical handbook, now in two volumes, takes an in-depth look at the most relevant petroleum provinces, summarising upstream regulation and key concerns in over 30 important and emerging oil and gas jurisdictions.

Issues featured include the key terms of petroleum law, the types of legal arrangement in place, the fiscal terms, how to qualify to acquire acreage, governing law, dispute resolution mechanisms, decommissioning and governmental control.

As a result, the book provides a comprehensive global resource for upstream investments. New areas of coverage for this edition include Algeria, Ecuador, Israel, Lebanon, Morocco and Oman.

Mr Jiyad has written the chapter on Iraq, and we are sure that this will be an important resource for oil industry professionals with an interest in Iraq’s most important sector. 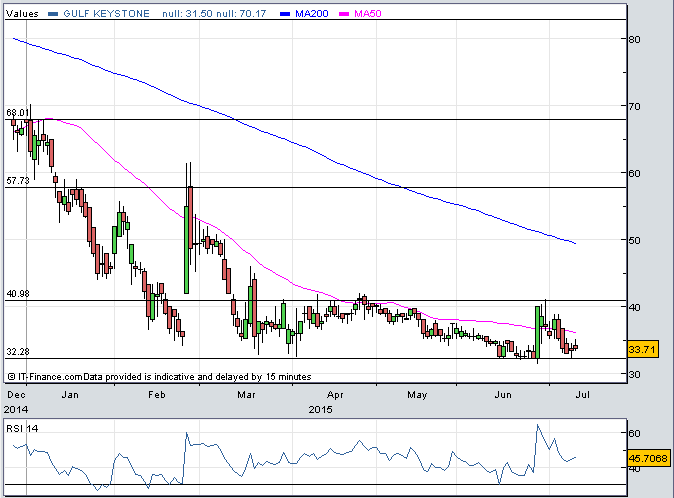 Under the agreement, the KRG will purchase Shaikan crude oil at the monthly average Dated Brent oil price minus a total of c.$22 per barrel for quality discount, as well as domestic and international transportation costs. This discount is based on the same variables contained within other oil sales agreements in the Kurdistan Region of Iraq.

The majority of the Shaikan crude oil is currently being transported by truck from the Shaikan field to Fishkhabour, where it has been injected into the export pipeline to Turkey gradually since 15 November 2017, while the remainder is sold domestically.

The agreement is effective from 1 October 2017 until 31 December 2018.  GKPI will now invoice the KRG for oil sales for the months from October 2017 onwards on the basis of the realised netback price and net entitlement volumes in accordance with the Shaikan Production Sharing Contract, as amended by the 1st PSC Amendment in 2010 (“Shaikan PSC”).

The Company continues its discussions with the KRG’s Ministry of Natural Resources (“MNR”) on the terms of a potential 2nd PSC Amendment.  The Company will inform the market of any material developments in this regard. 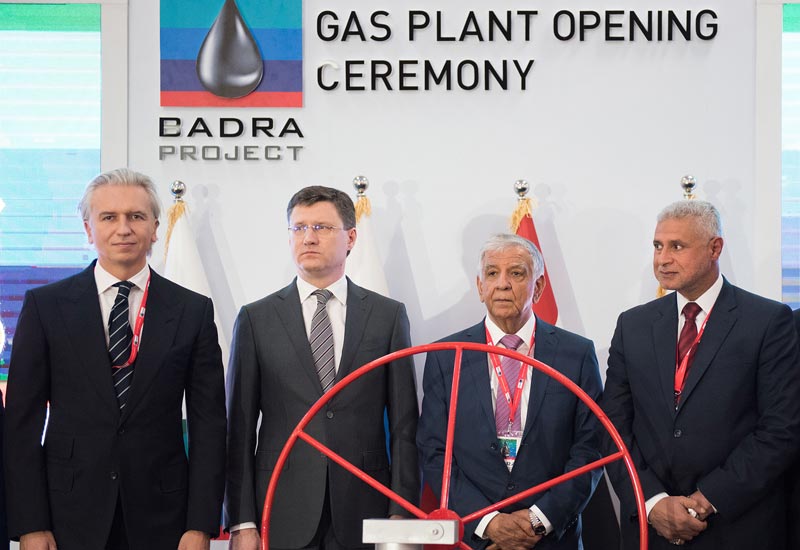 Russia’s Gazprom Neft has reportedly revised down its output plateau for the Badra oil field.

Denis Sugaipov, head of Gazprom Neft’s department of large projects, told Reuters that the consortium running the project has proposed setting the output plateau for the next few years at its current level of around 85,000 bpd, as the field is more geologically complex than previously thought.

This is half the level initially planned as a plateau to be reached in 2017.

According to Reuters, $4.0 billion has been invested in the plant so far, including $1 billion for a gas processing plant; another $2.5 billion is planned to be invested by 2030. 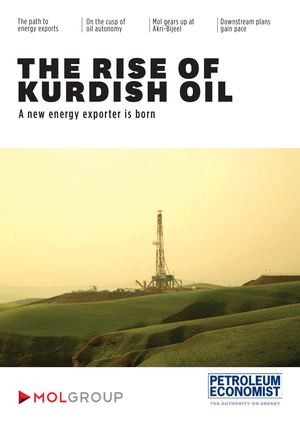 Gas Plus Khalakan (GPK), the sole contractor of the Khalakan PSC in the Kurdistan Region of Iraq, has issued an end-2017 operations update regarding the Shewashan field.

Total payments received by GPK for oil sales now amount to $9.0 million representing 190,115 barrels of GPK entitlement oil sold through to the end of September 2017. Sales from  October  to December  has  been  invoiced  through  the  traditional  operating procedures in place with the KRG Ministry of Natural Resources.

These amounts are significantly below that required to meet forecast annual production targets and break-even economics. There are two main reasons for this lower production.

This activity is summarized below:

Current production rate: 350 bopd and <5% water cut from the Qamchuqa reservoir. Recompletion plans include: perforation and acid stimulation of the Kometan reservoir.

Current production rate: 650 bopd and low water cut from the Kometan reservoir. Recompletion plans include:  Larger acid stimulation in the Kometan to increase the production from perforated intervals (45m) and a possible propped hydraulic frac in the Shiranish reservoir which has yet to be tried in the field. 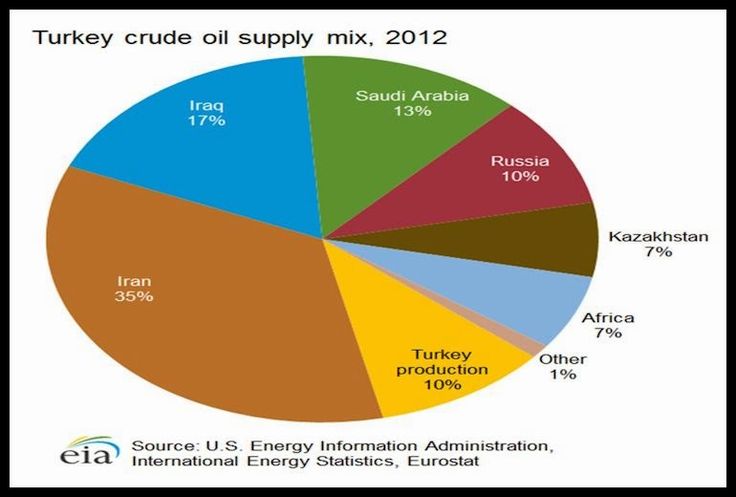 Iraq will ask foreign oil companies operating in the country to build housing for Iraqis employed on their projects, the oil ministry in Baghdad said in a statement on January 10. 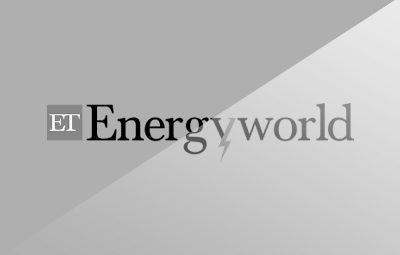 Ihsan Abdul Jabbar, the head of state-run Basra Oil Company (BOC), told Reuters that the oil ministry discussed the required financial investments and operations at the field with Itochu, and approved the deal.

The deal comes as Shell is also preparing to exit the Majnoon oilfield, handing it over to the BOC by the end of June 2018. 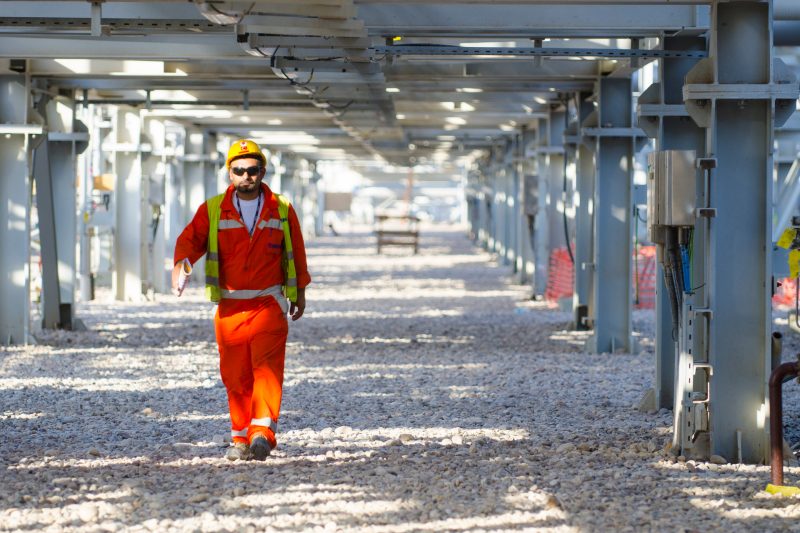 Iraq has reportedly reached an agreement with US engineering firm KBR to help manage projects to develop production capacity at the Majnoon oilfield.

Shell is preparing to exit the Majnoon oilfield by the end of June 2018, handing it over to the state-run Basra Oil Company (BOC).

Ihsan Abdul Jabbar, the head of the BOC, told Reuters that he is targeting to cut the cost of the projects’ development by 30 percent this year, adding that the development cost for Majnoon set by Shell in 2017 was $1 billion.

He also said that Iraq was still in talks with another foreign engineering firm to operate the energy facilities at the field, with a deal expected before June.

Shell is now advising the Majnoon management on the tendering process, and on maintaining normal operations at the field, said Abdul Jabbar.

ShaMaran Petroleum reports that operations in the Atrush field in Kurdistan are continuing in a normal, safe and secure manner.

Atrush is currently producing at approximately 27 thousand barrels of oil per day (“bopd”) and exports are continuing via the Kurdistan Export Pipeline system. Atrush exports for the month of December averaged 26,163 bopd and benefitted from a higher facility uptime than the 90% previously projected.

Currently the production facilities are limited to processing approximately 27,000 bopd of the total 30,000 bopd capacity due to low ambient temperatures which limits the amount of heat available to process the oil to export specifications.

Plans in 2018 include debottlenecking the production facility and proceeding with the testing, completion and tie-in of the Chiya Khere-7 well which was drilled towards the end of last year.