IBBC's Autumn conference is back with a bang and open for business engagement.

On 22nd November this year the overarching conference topic is looking to the future with 'sustainability'- whether in terms of energy and renewables, the Iraqi economy and its diversification, or sustaining finance, logistics and training. Underpinning much of this is the application of technology and modernising ways to run a successful economy, with the tech forum's online sessions.

With a successful election now completed and a new government being formed, it's a good time to discuss the prospects for reform and sustainability.

IBBC members find that the Autumn conference is probably the best forum to meet the leaders in the region and those engaged with provision of supply chains and decision making. Many of Iraq's industry sectors have regional headquarters in Dubai, which enables the high turnout and interest in the networking opportunities.

For those engaged with energy, Mr Zaid Elyaseri from BP will be speaking, and Dunia Chalabi will be representing new Iraqi entrants Total, who have signed contracts to invest USD 27 billion in and plan to bring in hundreds of expatriates into Iraq to develop the Ar-Ratawi oil field and build gas capture, solar power and injection water facilities. Leading figures from Oilserve, Ms Sara Akbar, and Hydro-C, Mr Hassan Heshmat, will discuss sustainable energy, and a separate session will be voted to Basrah Gas Company.

Finally, and in parallel, an online Tech forum session on Data and its benefits to Government, Economies, business, and citizens, will include speakers from UK's GDS, British Water, Agri-epicentre, Serco and Mastercard with more to be confirmed.

Overall, the panels will be exploring in more detail how to ensure the current high oil and gas prices can bring investment and rebalance the economy and promote and develop agriculture and enhance the food chain to increase employment and reduce food poverty. These discussions will also address how to improve the water supply and waste reduction and consider the role of clean power generation in relation to climate change and initiatives to improve sustainability.

We look forward to welcoming you to Dubai, or even following us online if you are unable to make it in person.

A pre-conference reception will be held at the Iraqi Pavilion at Dubai EXPO2020 in the evening of 21st November.

The International Finance Corporation (IFC), a member of the World Bank Group, is investing in Basrah Gas Company (BGC) to support one of the largest gas flaring reduction projects in the world, helping to improve energy access, prevent associated greenhouse gas (GHG) emissions and support a more resilient, sustainable energy sector in Iraq.

BGC is an Iraqi joint venture created to treat and process associated gas that would otherwise be flared. The project is expected to increase BGC's processing capacity, thereby avoiding more unnecessary flaring and associated GHG emissions by around 10 million tons per annum. It will support Iraq's transition to a lower carbon path and improve access to a domestic energy source, helping the country meet its growing power needs.

IFC is the lead arranger of the five-year, $360 million loan to BGC.

"Signing the loan agreement reinforces the collective efforts to increase investment in associated gas flaring reduction using world-class technologies. It is in line with our objectives of turning flared gas into cleaner valuable energy and reducing the impact of the Green House Gas emissions on the environment.

"This loan opens new horizons for cooperation and collaboration that serve common purposes and interests, reiterating Iraq's commitment to increasing investment in associated gas flaring reduction and to achieving the objectives set by the Paris Agreement."

"We are delighted to have successfully signed this loan with IFC, the first loan facility of its kind in the energy sector in Iraq-a milestone to be proud of.

"The agreement demonstrates the strength of Iraqi companies and their ability to attract funding and trust from international banks. The intent of this five-year loan is to support BGC's growth project and turn the otherwise wasted flared gas into much needed energy for the country. Our strategy is in alignment with the government of Iraq's vision to power Iraqi homes with electricity and create a more sustainable energy industry."

"This pioneering project has the potential to deliver significant environmental and economic benefits, including lower GHG emissions and increased fiscal revenues, and will improve energy access and lower costs for Iraqi citizens.

"The project comes after years of hard work and strong cooperation by all parties involved. We hope that it will send a strong signal to other investors and help drive more private investments to tackle climate change and support inclusive growth in Iraq."

IFC's investment comprises a $137.76 million loan for IFC's own account, a $180 million loan in which participations were syndicated to eight international banks (Bank of China, Citi, Deutsche Bank AG, Industrial Commercial Bank of China, Natixis, Sumitomo Mitsui Banking Corporation, Société Générale and Standard Chartered Bank), and a $42.24 million loan through IFC's Managed Co-Lending Portfolio Program, a platform that allows institutional investors to participate in IFC's loan portfolio. The loan is without recourse to or guarantees from any of the shareholders.

Iraq is endowed with significant reserves of natural gas, mainly produced as a byproduct of legacy oil extraction. However, in the absence of adequate infrastructure to capture and process it, about 70 percent of all natural gas produced in the country is flared. Capturing associated gas for subsequent use can help Iraq reduce overall emissions.

The project benefits from long-standing engagements of the World Bank Group in Iraq's energy sector. Iraq joined the Global Gas Flaring Reduction initiative in 2011 and committed in 2013 to eliminate all routine natural gas flaring by 2030. 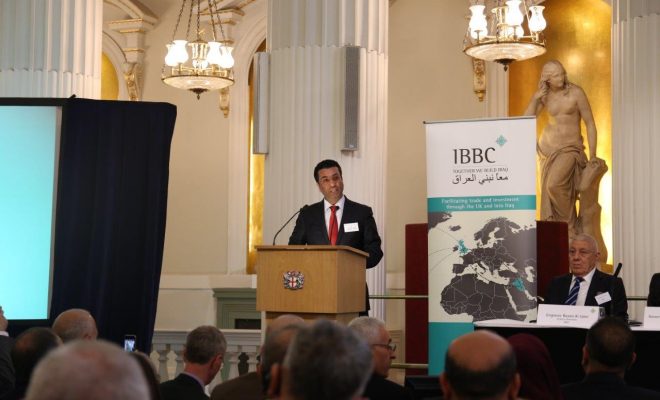 The Deputy Chairman of the Iraq Britain Business Council (IBBC), Rasmi Al Jabri, and Managing Director, Christophe Michels, hosted a dinner for members and guests at the Babylon Warwick Hotel in Baghdad on 29th August.

Many representatives from member companies were in attendance, including the Chairman of Khudairi Group and the International Islamic Bank, the CEO’s of Kuwait Energy and the National Bank of Iraq, as well as representatives from Al Burhan Group, Al Nukhba-OFS, Constellis, G4S, Standard Chartered Bank, Serco, Shell and XReach Ltd.

Ms Beverly Simpson, Iraq Country Director for the Department for International Trade, gave guests an update on the latest visa and labour regulations being applied in Iraq, followed by a discussion. 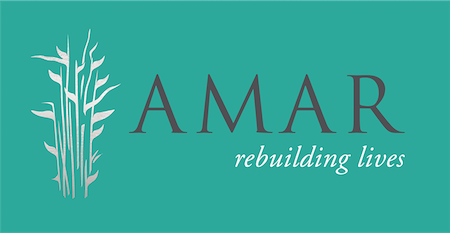 The Board of the AMAR International Charitable Foundation is to expand and strengthen its Finance Committee.

It will now be chaired by leading financial businessman and AMAR supporter, Mr Michael Boardman. The present Chairman, Mr Chris Frost is standing down, but will continue to advise AMAR in a different capacity.

Jonathan Ayres, the Chief Financial Officer of United Trust Bank, who has been a member of the committee for the last five years, will also stand down.

Mr Boardman will be joined on the committee by Mr Hadi Damirji, Mr Gavin Wishart, and Mr Siddik Bakir.

AMAR Chairman, Baroness Nicholson of Winterbourne; Board President, Professor Theodore Zeldin; and Board Vice-Chairman, Damon Parker, will continue in their roles on the committee.

Mr Boardman has more than 25 years’ experience of capital markets, financial management and reporting, valuation and business analysis. For 18 years he worked at Nomura Securities, the global investment banking and investment management company.

As a Managing Director responsible for Emerging Markets and a senior member of Nomura’s Global Finance team in Europe, he advised, structured and executed capital markets transactions and was personally responsible for raising over US$30 billion, in public and private markets.

For the last seven years, he has been Group CFO of Sindicatum Sustainable Resources, a high growth developer, owner and operator of renewable energy projects in the emerging markets of Asia.

Mr Boardman has been a regular speaker at industry events organised by the London Stock Exchange, Micex, Borsa Italiana and Euromoney and has published several articles about listings and public markets.

Mr Wishart, who is also a Board member of AMAR’s sister organisation, the Iraq Britain Business Council, worked at senior level in banking across Asia, the Middle East, Africa and UK during a career spanning 37 years.

Most recently he was Regional Head, Financial Institutions, Europe and Americas at the National Bank of Abu Dhabi, and before that was Chief Executive Officer, leading Baghdad, for Standard Chartered Bank.

Mr Damirji founded Optitune Plc in 2001,and is an Executive Board Member of the Massachusetts Institute of Technology’s Sloan School of Management. He was the Deputy Chairman of Trinity Group Ltd from 2007-2012 and CEO of Trinity Strategic Advisors from 2007 to 2008.

Previously, Siddik was based in London where he worked as a Senior Energy Analyst for the Middle East and South Asia and an Upstream Energy Consultant at IHS (IHS Markit).

“You can see from the bio data of the new members that the committee has been hugely strengthened. AMAR has always been rigorous in it financial dealings and we intend that always to be our trademark.”

“We believe we now have a fantastic committee to ensure the Board has the strongest possible financial leadership and support.”