By Joe Snell for Al Monitor. Any opinions expressed here are those of the author(s) and do not necessarily reflect the views of Iraq Business News.

The budget confronted issues of unemployment, currency devaluation and non-oil revenues and was passed as lawmakers prepare for October's general election; the challenge is implementation.

According to Anadolu Agency, they were protesting the passing of the 2021 budget by the Iraqi parliament, which did not meet their expectations regarding guaranteed employment.

Iraq's Parliament (House of Representatives) has approved the Federal Budget Law for 2021 on Wednesday night.

The 2021 budget set an oil price of $45 a barrel with expected oil exports of 3.25 million barrels per day.

Baghdad is said to have stopped payments to the Kurdistan Regional Government (KRG).

Writing for Argus Media, Rowena Edwards says central government will also seek to recover payments made since the start of the year, in the absence of KRG transfers of crude oil, which were part of the as-yet-unsigned 2020 budget.

Erbil and Baghdad have reportedly reached an agreement on Erbil’s contribution to the 2020 federal budget.

According to Reuters, the state news agency INA says the deal includes a transfer of 250,000 barrels per day (bpd) from the oil-producing region to Iraq’s national budget.

Iraq’s 2020 federal budget is currently under discussion in parliament. 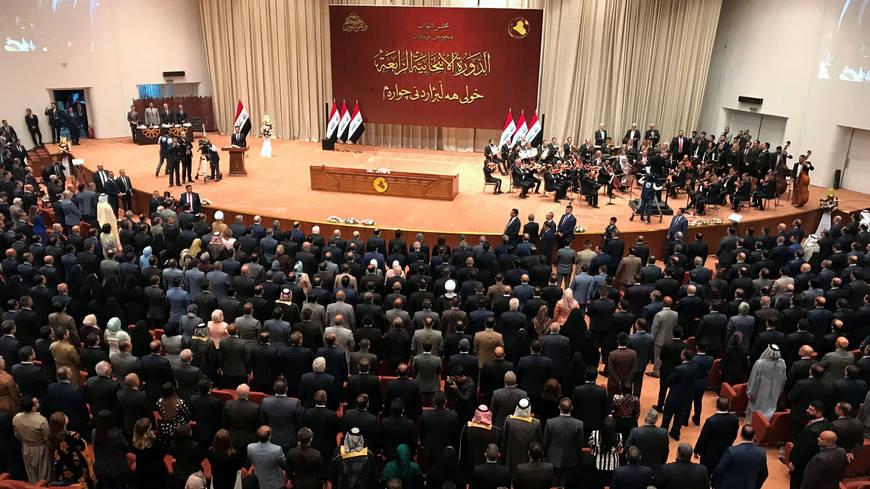 The Al-Bayan Center for Planning and Studies has just published a new report from our Expert Blogger Ahmed Tabaqchali:

The current debate over the interpretation of the 2019 budget that governs the Kurdistan Regional Government’s (KRG) share of the federal budget in return for contributing 250,000 bbl/d to federal oil exports has echoes of the first conflict in April 2012 on the issue.

The adept quote above by the International Crisis Group (ICC), in its description of the relationship between the two sides leading to that conflict, is as applicable today as it was then, and over the many repeats of similar conflicts in the intervening years.

The internal and external dynamics of the players on both sides, the federal politicians and the regional Kurdish politicians, follow the same trajectory that led to countless struggles over this issue and others since 2003. Each side is not only blind and deaf to the other side’s needs and motives but views it with suspicion and mistrust.

Unless something breaks the mould, either an intervention by Iraq’s international stakeholders or a change in the balance of relative power between the two, both will continue to think and act in the same manner that each had acted in the past, while still expecting a different outcome for the conflict or a different response form the other side. 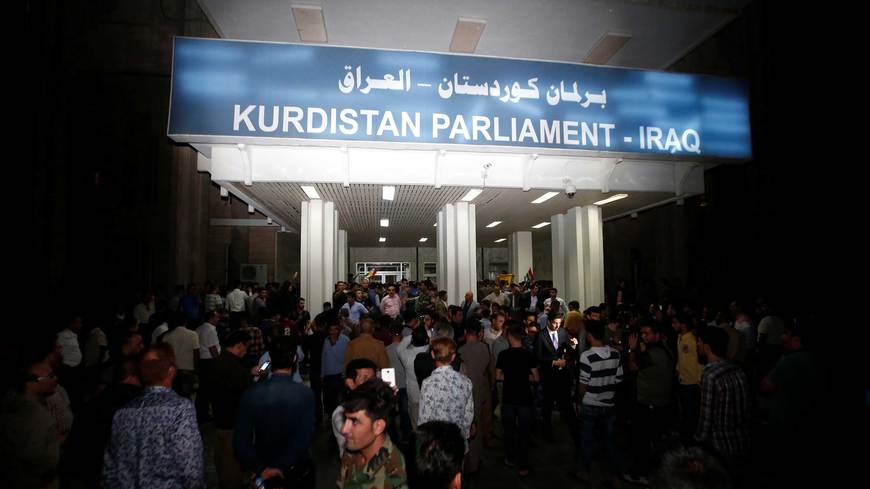 The first draft of Iraq’s federal budget for 2018, approved by the government at the start of the month, envisions slashing the Kurdish region’s share from 17% to 12.7% of the total.

The cut is one of several “punitive” constitutional measures that followed the Sept. 25 Kurdish referendum on independence. Those measures also saw Baghdad seize control of disputed areas, border crossings and air bases, and demand that the Kurdistan Regional Government (KRG) transfer taxes and other public revenues to the central government.

This is the first time that the KRG’s share of the budget has been subject to review since 2005, when the government of then interim Prime Minister Ayad Allawi allocated 17% to the Kurdish region, despite the fact there has not been an official census in Iraq since 1997.

“There have been no negotiations so far with Baghdad on the budget or other pending issues, despite the KRG’s desire for talks,” said parliament member Najiba Najib of the Kurdistan Alliance. “The central government is still refusing to receive the Kurdish delegation.”

“Iraq still doesn’t currently have official statistics,” she added. “Even data from the Ministry of Trade is inaccurate. It’s not reasonable to believe that the population of the Kurdish region has stayed at just 5 million, as the United Nations said in 2003 when it recommended the KRG receive 13% of the national budget.”

She said the central government has felt “arrogant and powerful” since it regained control of Kirkuk.