Ten electricity plants were provided with transformers at a ceremony attended by Deputy Prime Minister Qubad Talabani in Koya town on Thursday.

The Deputy Prime Minister commended the Koya transformer project and addressed developments in the electricity sector, including the Kurdistan Regional Government's decision to go all in on natural gas.

"The power generation costs are still high," said Deputy Prime Minister Talabani, "and to solve this, we are planning to increase the dependency on natural gas to 100 percent as a source of fossil fuel in power generation."

Also in attendance at the Koya ceremony was Minister of Electricity Kamal Mohammed Salih, who provided more information on the 2.728 billion dinar (or roughly 1.8 million USD) transformer project.

Minister Salih hailed the cabinet's achievements in power generation and distribution, and stated that more than 450 projects have been initiated with a total worth of 60 billion dinars.

KRG is planning to open three more power plants in the Kurdistan Region by the end of this year: a steam power plant in Khabat District, a gas power plant in the Garmian region, and a 37-megawatt plant in Deraluk.

The Deputy Prime Minister Qubad Talabani also talked about his latest visit to Baghdad with the KRG delegation to discuss the region's share of the budget.

He noted that one of the topics of discussion was cooperative power generation between the federal and regional governments, a step that would drastically increase Iraq's supply of electricity.

The post KRG to rely 100% on Natural Gas for Electricity first appeared on Iraq Business News. 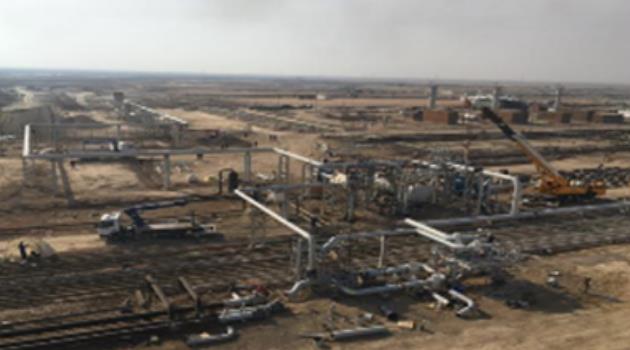 The Basrah Gas Company (BGC) and Shamara Holding have reportedly signed a contract under which Shamara will supply electricity to the Basra Natural Gas plant.

According to The National, the contract will enable the plant to process by-product gas that would other wise be flared from the Rumaila, Zubair and West Qurna-1 oilfields for use by Iraq power stations.

The Basra NGL facility will be built in Ar-Ratawi area in west of Basra and is scheduled to complete at the end of 2020.