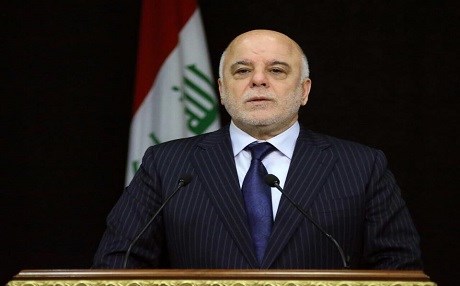 The measure is the latest of a set of actions taken by Baghdad against the Kurdistan Region for carrying out last week’s referendum that saw a 92-percent vote for independence, the first of which saw a ban in international flights to and from the Kurdish region.

Abadi said in a tweet that his government wanted to pay monthly salaries of KRG employees with money from Kurdish oil sales.  “Federal government control of oil revenues is in order to pay KR (Kurdistan Region) employee salaries in full and so that money will not go to the corrupt,” Abadi tweeted.

The Kurdistan Region has described the Iraqi-imposed flight ban, and other measures as “collective punishment,” that, among others, affect the wounded Kurdish Peshmerga who need medical treatment abroad, and Yezidi survivors of IS atrocities.

Amanj Rahim, the secretary of the Kurdistan Regional Government (KRG), told the Kurdish parliament on September 30 that the oil export through Turkey’s Ceyhan pipeline was going ahead as normal.

Separately, Prime Minister Haider al-Abadi reassured Kurdish citizens they will remain secure even as the government escalates its measure against their region’s government over the recent referendum on independence.

“You are citizens of the first degree, we will not allow any harm to you and we will share our loaf of bread together,” Iraqi Prime Minister Haider al-Abadi said, addressing Kurds via twitter on September 30. “To our people in the Kurdistan region: We defend our Kurdish citizens as we defend all Iraqis and will not allow any attack on them,” Abadi added.