Gulf Keystone has provided an operational and corporate update:

"We are pleased to announce that we have submitted a draft Field Development Plan to the Ministry of Natural Resources. While the timing of FDP approval is uncertain given the scale of the project, this is an important step forward to develop the significant potential of the Shaikan Field while more than halving CO2 per barrel by eliminating routine flaring.

"Production performance has been strong, reaching a record monthly average high in October, and we are on track to meet our tightened 2021 gross average production guidance. With our leverage to oil prices and low cost base, strong production has translated into robust cash flow generation. We have experienced operational challenges with SH-13 and SH-14 and, subject to well productivity, we are now targeting to increase gross production towards 55,000 bopd in January."

At the Company's Annual General Meeting ("AGM") held on 18 June 2021, all resolutions were successfully passed. However, resolutions 2 and 6, being the re-election of the Company's Chairman and Chief Financial Officer, failed to attain the support of 80% of the shareholders who voted. Voting turnout in general was low relative to prior years, with approximately 49% of the total shareholder register voting. The Company continues to look at ways to increase voting turnout at future general meetings.

Feedback received from the single shareholder encompassed issues principally related to the Company's operational progress, organisational structure and capital allocation. The Company also received feedback from other major shareholders, all of which were supportive of resolutions 2 and 6. The Board has carefully considered the issues and has addressed them, to the extent possible or necessary. The independent members of the Board continue to hold every confidence in both the Chairman and Chief Financial Officer, recognising the value and contribution each bring to the Company.

The Company will continue to engage with the major shareholder in question and welcomes ongoing engagement and feedback from all shareholders.

Gulf Keystone Petroleum (GKP) has announce the resumption of the Company's growth plans to ramp-up gross production towards 55,000 barrels of oil per day ("bopd").

"After a year of successfully managing the impact of COVID-19 on our people and production operations at Shaikan, we are pleased to announce that we are resuming the 55,000 bopd expansion programme.

"Workstreams have already begun, and we are targeting to restart the drilling of SH-13 in Q3 2021, subject to managing the continuing impact of COVID-19 on the movement of people, services and equipment."

Considering the requirement to manage the ongoing impact of COVID-19 and to remobilise people, services and equipment, the Company currently expects drilling operations to begin in Q3 2021.

Remaining expansion activity includes completion of SH-13, which was suspended last year, drilling SH-I, the final well in the programme from the same pad, and installing electric submersible pumps in two existing wells. 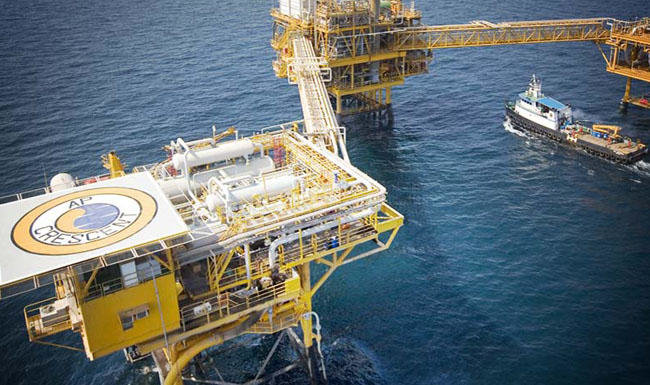 UAE-based Crescent Petroleum is reportedly planning a significant increase in its production of natural gas at its Pearl Petroleum operations in Iraq.