Writing in Oil Price, Simon Watkins points out that the $5.99-per-barrel remuneration that Lukoil will receive under its technical service contract at Block 10 is considerably better than its $1.15/barrel payment at West Qurna 2.

Block 10 includes the Eridu field, which has indicated oil reserves of between 7 and 12 billion barrels, and a proposed peak production rate of 250,000 barrels per day (bpd).

The Iraqi Ministry of Health has signed the contract for the construction of the Shatrah General Hospital, in Dhi Qar governorate.

Acting Minister of Health, Dr. Hani Al-Uqabi, signed the contract with a Jordanian company to build the 200-bed facility, with fund including a loan from the Japan International Cooperation Agency (JICA).

The hospital will serve a population of approximately 400,000 people.

(Source: General Secretariat for the Council of Ministers)

Russia's LUKoil and Japan's Inpex Corporation have applied to Iraq's state-owned Dhi-Qar Oil Company (DQOC) for what Lukoil describes as "commerciality of reserves", and filed a preliminary proposal on the development of the Eridu oil field within Block-10.

According to Lukoil, geological exploration has proved significant reserves, making Eridu the largest discovery in Iraq in the last twenty years.

Oil Minister Ihsan Abdul Jabbar told the Iraqi News Agency (INA), that "the results of the exploration for the Arido field are good ... Lukoil requested an extension of the period to obtain greater reserves."

The Eridu field was discovered in 2016. Preliminary expectations based on studies presented by the Lukoil indicate oil reserves of between 7 and 12 billion barrels, and a proposed peak production rate of 250,000 barrels per day (bpd).

Iraq is reported to be planning to sign a memorandum of understanding with US-based Chevron to explore for oil in Dhi Qar (Thi Qar) province.

A person familiar with the matter told Bloomberg that the deal would formalise Chevron's interest in exploring the eastern and western parts of Nasiriyah, the capital of Dhi Qar. 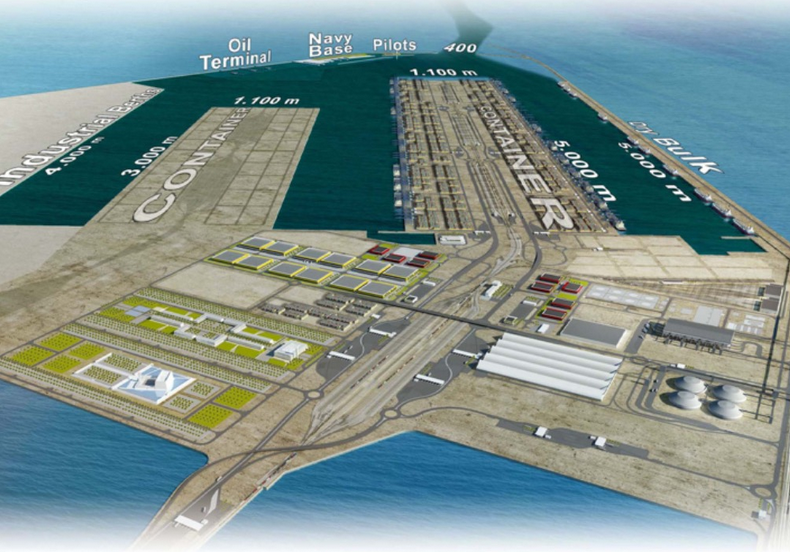 In a statement, the ministy named the companies as Power China and “Nerco Chinese Companies“.

Mr. Assim Jihad, the spokesman of the Ministry,  said the refinery will have a capacity is 300,000 barrels/day.

He added that the project contains an integrated complex for petrochemicals, in addition to another facilities near the export port in Faw.

The ministry is planning to become self-sufficient in oil products by investing in the refining sector, and to become an exporting country.